A DRIVER was lucky to escape with minor injuries following this crash in North Yorkshire.

The motorist’s white BMW 3 Series crashed off the A19 near Burn in Selby and into trees at about half past midnight.

A spokesman for North Yorkshire Police said the driver was breath tested at the scene and blew three times the legal drink-drive limit.

The driver, a 40-year-old woman from Doncaster, was arrested on suspicion of drink driving at the scene and remains in custody. Photograph courtesy of North Yorkshire Police 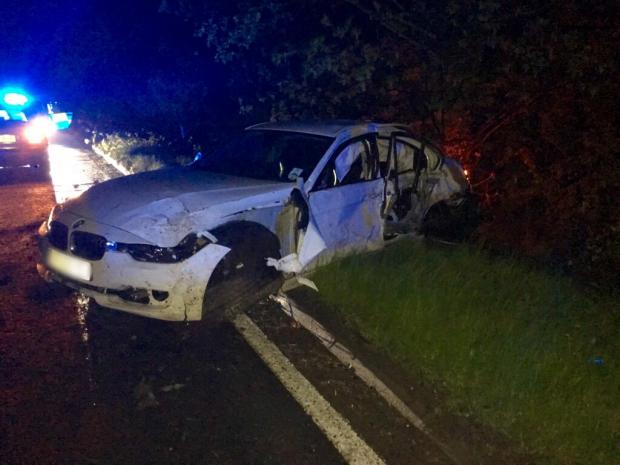