https://letusdisagree.com/rrsb0n1 Friday 1 December 2017 sees North Yorkshire Police launch this year’s Christmas operation to keep the road users of the region safe from drink and drug drivers. Op Attention will run throughout the festive period and up until 1 January 2018.

https://www.wararadio.com/tr0miohku5 Even though officers from North Yorkshire Police target and arrest drink and drug drivers all year round, it’s widely recognised that the number of people driving over the legal limit increases over the festive season. That’s why North Yorkshire Police’s officers will be out patrolling the roads and will be vigilant for the tell-tale signs of drink and drug driving. 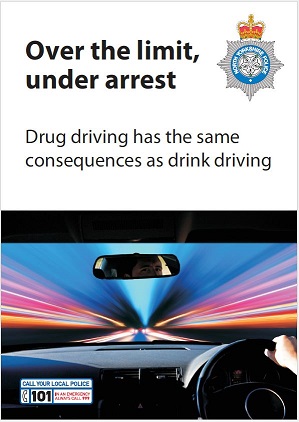 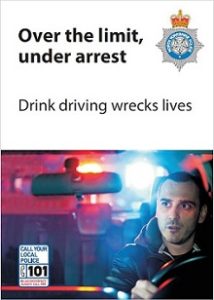 https://www.lvmodernhomes.com/2022/08/12/7rriuu6veq0 As ever, the advice is if you are drinking, leave the car keys at home and get a taxi or a bus. However, police are keen to stress that drivers also need to be aware of still being over the limit the morning after the night out.

The road safety charity Brake states that nearly 1 in 6 convicted drink drivers are caught by police in the morning, after drinking the night before. So, it pays to be mindful of how much alcohol you are consuming and how long it takes to leave your system.

Buy Zolpidem Paypal There is no way of being 100% sure of how long it takes to sober up after drinking alcohol, but as a guide, Brake recommend allowing an hour to absorb an alcoholic drink and at least one hour for each unit consumed to leave your system. They also offer a morning-after calculator on their website

The 2016 Christmas campaign saw 16 drivers being arrested between the hours of 4.30am – 9.30am for driving over the legal limit, representing 11.5% of the total arrests made throughout the campaign.

https://www.caissedesecoles20.com/2022/08/12/c1h6h9calri Speaking about the start of the 2017 campaign Sgt Andy Morton, from the Roads Policing Group said:

“Every December we kick off Operation Attention with the hope that this year, the message has got through to drivers and we’ll see less instances of drink and drug driving and we’ll attend less collisions where alcohol or drugs are the cause.

Ambien Sleeping Pill Buy “Unfortunately, in previous campaigns, our hopes are dashed early on, as we again see a number of drivers disregarding the advice and taking risks with their own safety and the safety of other road users.

“However, we remain resolute in our commitment to targeting these drivers and getting them off North Yorkshire’s roads.

https://canland.org/nuclkzp “The public have always been a great supporter of this campaign and year on year a number of arrests are made as a direct response to the information passed to police via 101 or 999. I would again request the support of the public and encourage anyone with any information about a driver driving under the influence of alcohol or drugs to contact us and let us know. By picking up the phone, you could be saving someone’s life.”

“Last year, five deaths and nearly 100 injuries on the county’s roads involved alcohol. Many people still think that they can have some alcohol and drive. In reality, it’s not safe to drive with any alcohol in your system. With three units in an average pint of lager and up to four in a large glass of wine, it’s easy to see why people underestimate how many hours they need to wait before driving again.

“I appeal to people not to take the risk, arrange alternative transport and don’t drink and drive at all. Our road safety team meets people trying to deal with the tragic consequences of drinking and driving, both those who were driving while impaired and the innocent people involved.  Please help everyone to stay safe on the roads this winter.”